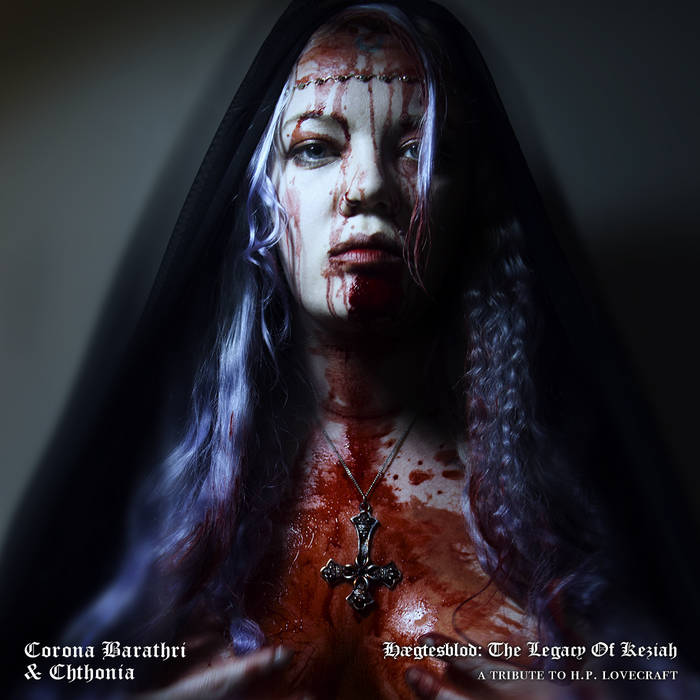 "Corona Barathri - Hægtesblod. The Legacy Of Keziah a track that will appear on their upcoming new album, featuring no one but New Zealand’s Moon Chalice (Chthonia). This is a sonic definition of evil and horror, an aural ritual that causes convulsion and delirium. Moon Chalice’s voices (mainly whispered, yet oh so bleak, as well as blackened and (en)chanted) and frenzy violin lines drag you along into the abyss beyond normality, while the different layers of synth manipulation darken the suffocating atmosphere that covers this dim journey. Fine is the gothic piano melody towards the end".

Throughout the history of mankind, ritual and the pursuit of deeply obscure and hidden knowledge has been a notable feature of all civilizations, ranging from the Eleusinian Mysteries of ancient Greece to the mysteries of the underworld of Ancient Egyptian belief, and on right up to the present day with the Hermetic Order of the Golden Dawn and all its multitude of offshoots, some of which are still in existence today. As part of the historic observance of ritual, music has also played an important part in enhancing the atmospherics of such rituals’ content and aim. Big Cypress Swamp, at its debut, releases a compilation of occult music masters, to pursue the highest quality that occult and ritual ambient has to offer, both as a listening experience and as an aid to ritual.

A tribute to H.P. Lovecraft.

"I serve the Black One.
I have seen him
Possessing a three-lobed eye.

I serve the Black One.
I bring him libations of witch-blood,
That he might reveal to me
Hidden and terrible powers.

I have signed His Black Book with my blood,
And erased my name from the Book of Life".

If you like Hægtesblod: The Legacy Of Keziah [for "Occult Realm", Big Cypress Swamp], you may also like: